This is a great space for an announcement or special offer.
You are here: Home / Living Life to The Full / Healthy Living / Keto vs Paleo? Real Food is Healthy Food

There are a thousand and one diets out there. Keto vs. Paleo is a common discussion, and debate. Which is better? Which is more sustainable? Which gives the results you want? I want to share my experience on a Mediterranean style paleo-ish diet, and my current Keto adventure.

I covered some of my exercise, and healthy eating insights from living in Israel in this article as well. However, now that I’m married, and have experienced pregnancy and birth, fitness is a little bit less straight forward. In the past year, I have tried general caloric restriction, just reducing portion sizes. I have tried heavily marketed supplements, my Thrive review is here. And more recently I decided to focus on just the dietary options that let me cook from scratch, eat whole foods, and shop simply. 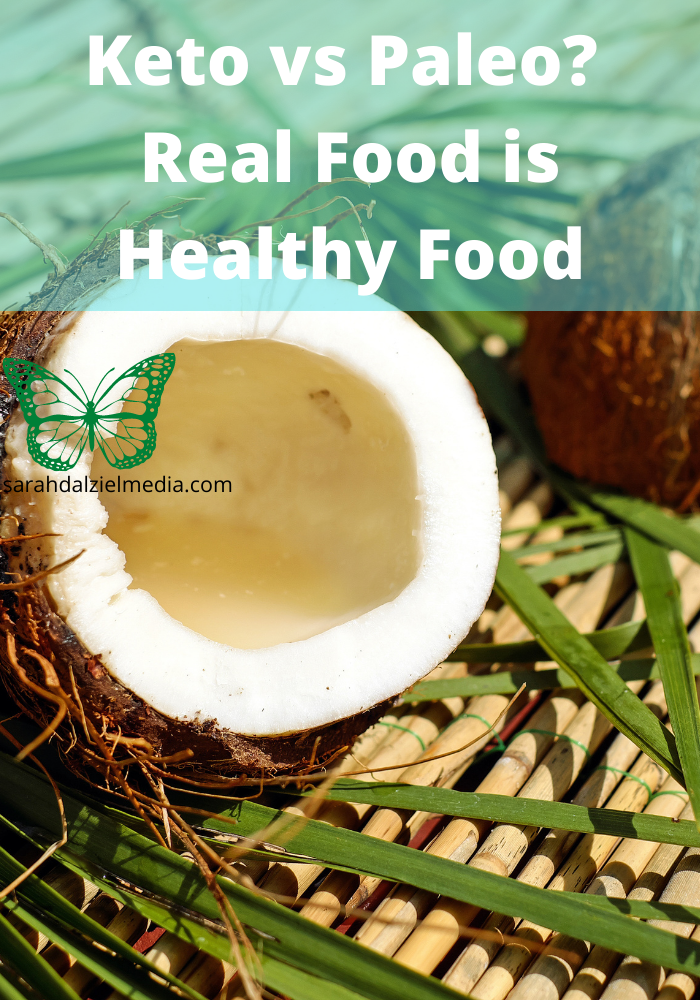 There are a few simple differences in keto vs. paleo. Both focus on whole foods, simple cooking, and keeping things as sustainable as possible.There are no expensive supplements needed in either, unless you want to add a B vitamin, or D3 to Paleo. Many recommend magnesium and potassium supplements, in addition to B complex, on Keto as most of our magnesium and potassium rich foods contain high carbs.

However, paleo is more protein focused, and can fit inside the regular food triangle parameters. At least as long as you use lots of fruits and veggies for your carb sources. Many people chose to do a Whole30 and then transition into paleo as a more sustainable option, as they re-introduce food items. Some people chose to do keto, then transition back to more paleo as a way to increase vitamins, general nutrition, and carb numbers to be sustainable long term.

Keto is not sustainable long term, as it’s heavy reduction in carbs can make it difficult to take in enough pre-biotics (indigestible fiber), probiotics (fermented veggies or dairy), vitamins and antioxidants. However, Keto is great for a sugar reset, or for sustaining for a few months at a time as a body-fat “cut.” 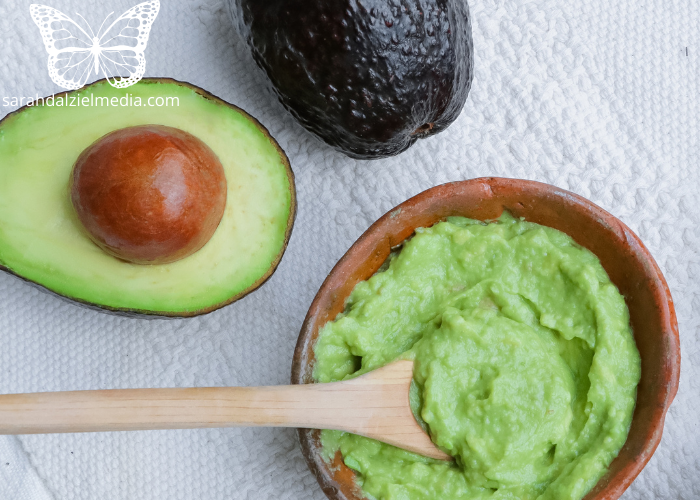 For this discussion of keto vs. paleo I’m going to highlight my 2016-2018 experience with paleo, my regain after marriage and a kid, and my current yo-yo-ing battle with the scale. Seriously, this scale is drunk!

In 2016 I moved to Israel, and revamped my diet overnight. I ate mostly fresh fruits and veggies, that were in-season. This is really easy to do in a Mediterranean climate where tomatoes, cucumbers, and peppers are available year-round and always tasty.

For protein, I had an egg or two in the morning with half an avocado. At lunch I had either chicken, salmon, or beef. Salmon and beef were both once per week, the rest of the time was chicken, or sometimes a vegetarian bean or cheese dish. For dinner, I pre-cooked about 1kg of chicken breast on the weekend, and ate that with baked or frozen veggies (and sometimes sweet potato) for dinner.

This kept things simple. If I got tired of eggs, I had oatmeal. I rarely ate red meat at home, but always had it at least one meal per week, same as salmon. I did enjoy sardines and sprats at home, and sometimes canned cod liver with rice. I also ate a lot of Greek style salad with tomatoes, cucumber, peppers, and feta cheese. And about once a week, I got pita, or a sandwich with hummus, veggies, and sliced meat. 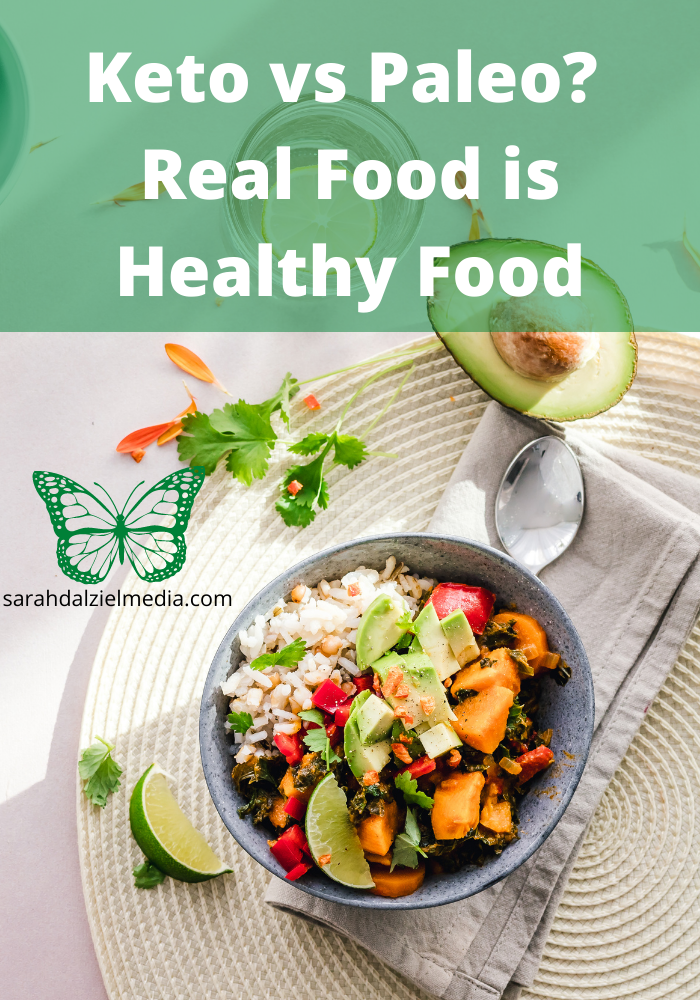 Weight loss wise, I went from around 190lbs to 165lbs, and from a size 12 to a size 6/8 and sometimes 4. My shirts went from large to small, too. Most of the weight-loss happened in the first year. The second year I was aiming for strength gains, and did end up building up to a 60 second, engaged, bar-hang, but never got the illusive pull-up.

When I moved back to Canada, I had an issue. Less available fruits and veggies, and less available places to walk to. Mostly because I was living in the middle of absolutely no-where with bear, moose, and cougar sightings a regular occurrence on the only trail to town that I could walk.

Walking tanked, and sugar and carb addiction crept back in.

Then, I married and a few months later moved to a larger town with my hubby. However, we moved with 300$ in the bank, only, to get through a month with no jobs yet in sight. Cue buying cheap but filling meal options, and avoiding expensive items. I began to regain, and by the end of that year was back around 190-200 lbs.

I bought coaching (coach was great!) and tried to track calories while still eating a largely North American diet. I crept down from 190, slowly, slowly to 186. Then, I got pregnant. I dropped coaching, too expensive, our budget was still tight. I dropped down to 173 from morning sickness, then gained throughout the pregnancy. Three days before delivery, my weight peaked at 230lbs, after delivery I was only at 215lbs, where I stayed and fluctuated until I tried Thrive. I managed to creep down to 203, with a brief swing to 199lbs (one-derland? not!).

I attempted to engage a local coach for weight lifting training, and some dietary guidance. In our short interview, the coach guessed me at 170lbs (which probably meant she thought I was 190), when I was actually nearly 210 at my check that morning. Weirdly, I never heard back from her. Darn, I do want to powerlift, eventually.

The next few months I wavered between 201-206, with periods restarting, c-vid happening, and stress. Finally, in November of 2021 I got a puppy! In December, I committed to a 1 hour daily walk with the pupper, and gradually saw my weight creep down again from that dreaded 206 to 203.

Note: Paleo, along with a prenatal vitamin supplement is a safe diet to follow for pregnancy, as long as you get enough calories.

Paleo vs. Keto: The Keto

On February 18th, I decided the sugar addiction had to go. I was seeing slow results with the long walks, but was eating far too much sugar and deliciously sweet sandwiches. I decided to research the keto diet. Unlike paleo that has a protein focus, Keto is fat focused with a strong restriction on carbs. I calculated my macros with this calculator, and spent a weekend researching the matter.

Last Monday I started, making sure to track the calories, net carb #, protein grams, and fat grams of all my food. Ironically, perhaps, the calorie amount I was given was 1633 calories (roughly), just a hair under what’s recommended for breastfeeding and weight loss (1700k). However, as the little one is over a year and on solids, I don’t mind dropping a bit lower than recommended.

Since then, I’ve been paper-tracking and weight checking daily. My weight has gone from 203 to 196.8lbs (in 5 days). My body fat percentage has dropped (according to my scale) by 4%, while muscle has gone up by 2.2%. I’m finally under (according to my lovely, drunk, scale) 50% body-fat, and nearly at my first goal of 25% muscles!

I am taking a B complex supplement, a magnesium supplement, a vitamin mix supplement, and a dose of psyllum husk every second day to avoid constipation. Possibly ironically, I find the keto diet less restrictive and more satiating than the Thrive diet one, and easier to stick to than general calorie counting and restriction.

Bonus? Keto is super satieting, and most days I’ve been under calories. I’m also taking a simple, mother’s milk tea blend which I find boosts milk production, and helps blood sugar regulate due to containing fenugreek. Ironically, breast milk seems to be richer as the little one is more satisfied with fewer nursings since I started this program, oh, and she’s sleeping better, and less cranky too.

Note: While keto seems perfectly safe for breastfeeding, for me at least, it is not recommended in pregnancy due to the carb restriction restricting vitamin and antioxidant intake, as well as the reduced fiber possibly contributing to an already known propensity for constipation.

My personal plan is to continue Keto till the end of June, then transition back to Paleo and eating lots of fresh fruit and veggies from my local Farmer’s Market. If something goes south, I’ll update it here. 🙂 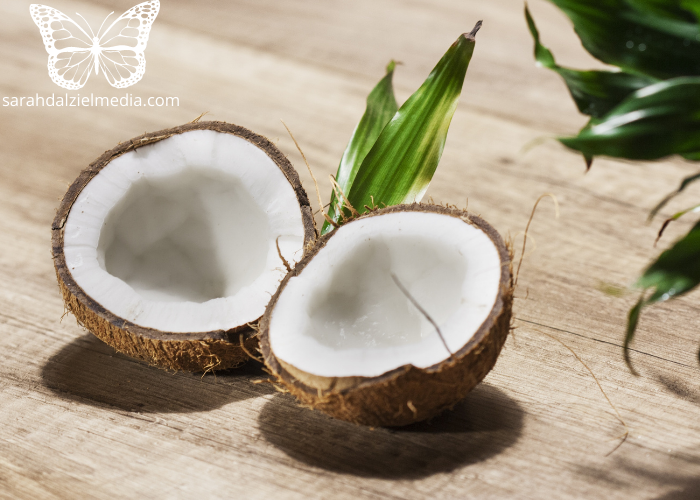 Also known as “keto-flu” depending on how resilient your body is, you may experience up to a week of transitional, flu-like symptoms. Long walks can help cut down on the duration, as you use up your glycogen stores faster and push your body to adapt to fat as fuel.
I’m a lucky one, on the 3rd morning, I had an upset stomach but after getting rid of excess acid (or whatever the flip it was), I was able to eat normally and haven’t had any further keto-flu symptoms. The morning upset has also happened when I did an over-48 hour broth fast once, so I believe it’s my body’s ketosis marker. Since that point, while my stomach definitely lets me know it’s empty, I haven’t had any of the shaky, hangry-ish issues if I don’t immediately eat. I can cook a meal after I get hungry now, which is awesome!

In the debate of Keto vs. Paleo the response should be whichever one works for you, and that you can sustain enough to meet your goals. Keto is great for a reset, to cut body fat, and to curb sugar and carb cravings. But, paleo is sustainable as a life-style and long-term healthy diet with all the nutrients, vitamins, and delicious fruit you need. That’s why I’m planning on using both.

You could always do Whole30 instead of keto, for a re-set, but I like the simplicity of the keto approach (and the amazingly targeted results I’ve gotten so far on it).

Previous Post: « A Review of Thrive by Le-Vel and It’s Diet Protocols
Next Post: Modern Christianity and Fad Diets »